“No Boots” is an autobiography of Rosario Chavarria Peña, founder of Relámpago del Cielo Grupo Folklórico.

She has lived a life in Mexican dance as a performer, choreographer, teacher, and artistic director over a period of sixty-four years. Accompanying the personal journey and remembrances of Rosie, as she is affectionately called, are two appendices of historical retrospect, which relate to the development of Mexican dance in California from 1920 to 2012. 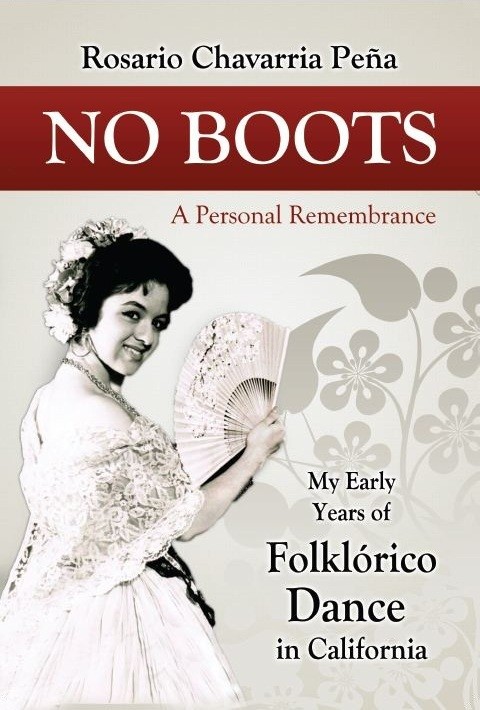 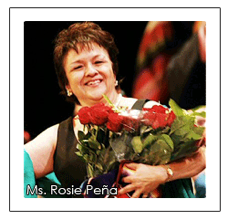 Rosie Chavarria Peña has had a life-time of involvement with California’s Mexican dance community. A native of California, she began dancing at the age of 5 with Lilly Aguilar, an original cast member of the Padua Hills Players.  Aguilar’s classes of Spanish, Flamenco, and Mexican dance were sponsored by the Los Angeles Department of Parks and Recreation. At the age of 17, Ms Peña began teaching with the LA Department of Parks and Recreation as well as the Lilly Aguilar Dance Studio.

During that time she began dancing professionally at popular concert venues including the Philharmonic Auditorium, Hollywood Bowl, San Gabriel Mission Playhouse, and Million Dollar Theater.  She spent more than one year in San Francisco performing at the Sinaloa Night Club and other local venues around the bay area.  She toured California, Canada and Hawaii and had the opportunity to work with major Spanish, Mexican and American stars of the era such as Andres Segovia and Pepe Guizar,

During her late teens, Ms Peña partnered with Augustine del Razo and the recently arrived Florencio Yescas and Mario Cervantes. Together they comprised part of the resident company of the California Heritage and Pageantry Association which was established to preserve the history, culture and folklore of California and Mexico.  Ms. Chavarria-Peña traveled extensively throughout Mexico where she studied not only with the leading teachers and institutes but in the smaller towns where she focused her research on the gente del pueblo.

From 1969-1972 she lived in San Jose and was a founding member of Los Lupeños de San José, stage managing their tour of the Northeast and the Spokane World’s Fair.  She returned to Los Angeles where she founded Relámpago del Cielo (1974), and served as Artistic Director until 1988. During this period Ms Peña also taught Mexican folkdance at Santa Ana College as well as provided lecture-dance seminars for the Fullerton, Newport-Mesa and Santa Ana Unified School Districts, and Ohlone, San Jose City, and Chapman Colleges. She returned in 2005 and 2015 to help mount celebrations for Relámpago’s 30th and 40th Anniversary concerts.