City of Santa Ana recognizes RDC on its 45th Anniversary 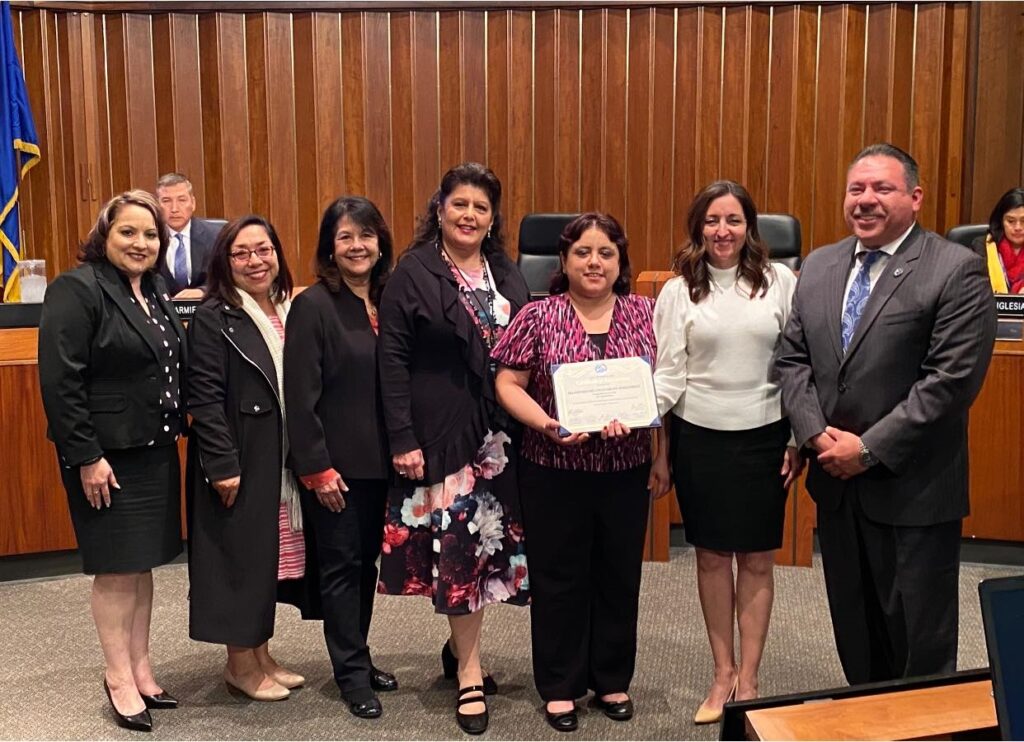 In 1975, Ms. Rosie Peña founded  Relámpago del Cielo. Enthralled by the music and movement learned in ballet folklórico classes taught by Ms. Peña at Santa Ana College, her students and other like-minded individuals resolved to join forces in expanding their newly discovered appreciation of the folklore of Mexico. This vision remains today with generations of families and community members involved in classes, performances, and events throughout the county and nation.